Home » 10 Best Summer Celebrations and Festivals around the world

10 Best Summer Celebrations and Festivals around the world 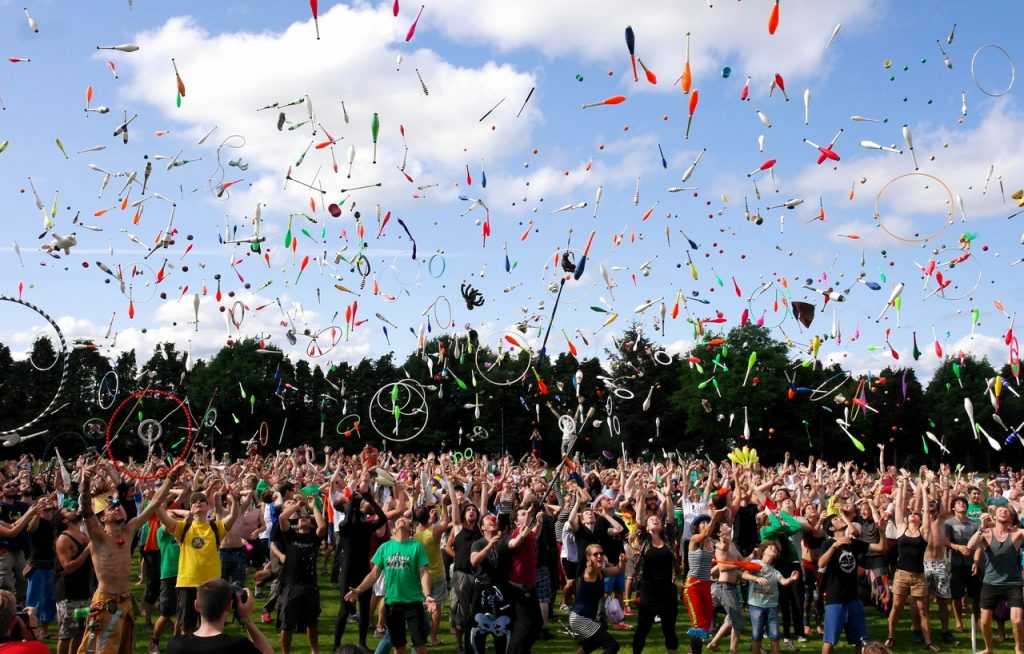 The top 10 summer  festivals  around the world

It’s summer season now! When you hear the word summer, don’t you feel energetic, happy, or magical about the climate and the beautiful weather. The summer season is a longer season that arrives with a happy vibe and shows so many miraculous stages of beauty. The beauty includes springtime, referred to as the spring season, and autumn season. It is the season following winter and prior to summer. On the other hand, the Autumn season is easily identified because leaves fall from the trees during this time. Autumn is the season that lies between summer and winter, especially when the temperature starts decreasing.

During this season everyone gets excited and plans a trip to visit a beautiful place and spend their summertime. There are several celebrations which take place all over the world, especially in summers to attract tourists. As the summer arrives, children become more thrilled as they eagerly wait for the summer break to go on a trip with their family and friends. People book their tickets in advance as they don’t want to miss any chance to enjoy and that’s amazing!

Continue reading to know more about it!

Here are the  top 10 best Summer Celebrations around the world:

To help with your decision of which place you should visit to explore the festivals during summer?  It’s a perfect guide to follow and make a smart decision. Countless grand summer festivals are being held across the country, and they will surely catch up your eyes as the charm of the celebration will be spectacular.

Best summer festivals in the world

White nights of summer is the celebration toasted in Russia – St. Petersburg. It is solemnized during summertime from May to July.

The local citizens together with the visitors celebrate the White Nights during the daytime, in the beauty of the Sunlight. This celebration is famous as “Beliye Nochi” to the Russians. The celebration is all about being on the streets, attending the endless special concerts, opera, ballet, festival, and the restaurants and bars that stay open till late morning hours. Other stunning locations that will force you to be a part of this celebration, raising of the bridges over the river Neva – largely viewed by the evening cruise, santering through the immaculately landscaped Letnii Sad, or Summer Gardens. More than a million people gather here as they specially visit to be a member of this bewildering celebration. Ultimately it is the largest public gathering in Russia!

Wianki is one of the most admired summer celebrations in Poland. Wiankimeans wreath signifies good fortune in love,

future, and also fertility. Wiankiasserts that its roots in an ancient pagan fertility festival. Traditionally, young women knit spesh garlands with symbolic herbs to wear and then later drop them into the river. The occasion is originated in Krakow and is home to the grandest and famous celebrations of Wianki. The festival is celebrated along the river named the Vistula where festivities generally include special wreath floating events, bonfires, concerts, firework displays, and much more. so exciting!

The Night of Fire is a festival that is practiced at a grand level in Spain. The festival begins on the night of Sant Joan when the sun reaches its highest point which represents fertility, wealth, and strength and is signified by bonfires throughout the city.

There are three symbols of Sont Jan – water, herbs, and fire. First is  Water that represents the cleaning and healing of sins. This attracts thousands of locals to swim in the Mediterranean at late night. second is herbs, which represent remedy and healing. Hence, Thyme, rosemary, and verbena are traditionally being eaten on the night of Sant Joan. Last but not least is Fire, which signifies abundance, purity, and fertility. The motive behind this is that fire will clean your sins and rid you of bad luck. 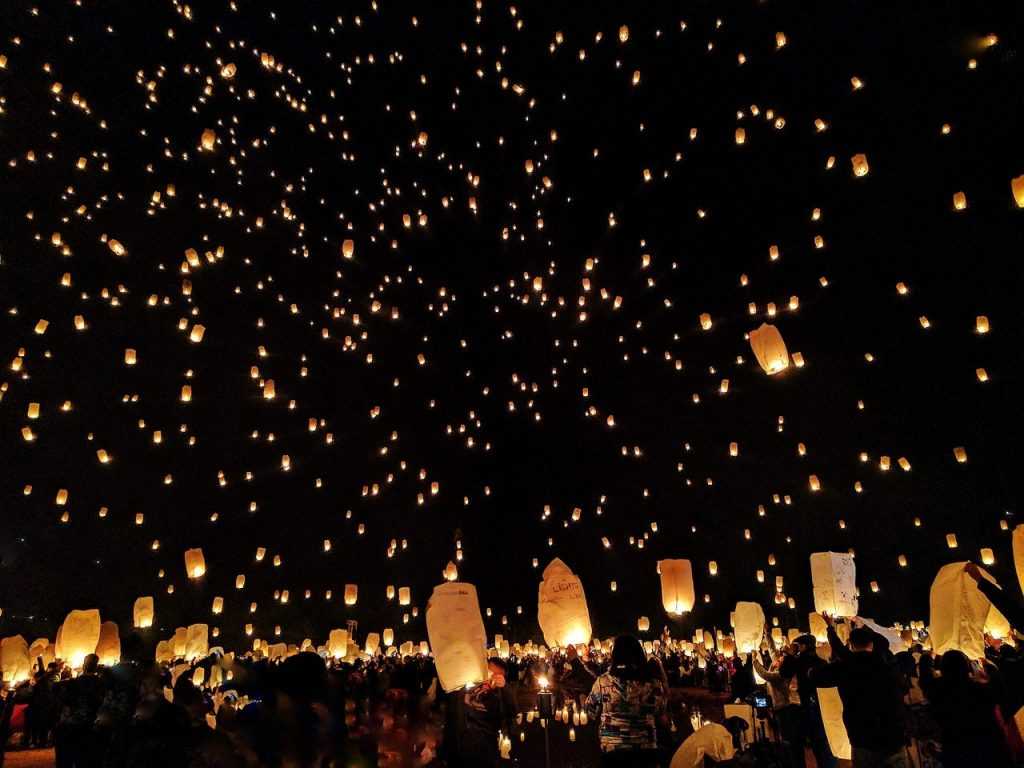 It is among the largest festivals in the country.  It is a Japanese summer festival held in Aomori prefecture. It attracts more than 3.4 million people from across the globe. Visitors religiously come to celebrate the Aomori festival every year. Traditionally Nebuta means being sleepy, and the citizens started this festival to keep away from the drowsiness that troubles them on hot summer days. We often feel lazy in summers, isn’t it? The festival is held from August 2nd – 7th. Everybody wears the traditional haneto dancing costume, dance and greets each other and whoop it up. Everyone must wear the traditional dancing outfit. If you are also planning to visit Japan, you must take out time to experience the beauty of this festival.

O-bon is the custom followed by Japanese, it is a Japanese-Buddhist custom and the most important tradition of Japanese culture. People believe that during 0-born, spirits return to their home to be reconciled with their families. So, they lighten up paper lanterns inside their houses to call their ancestors back home. O-bon is a 3-day long festival and is celebrated pleasantly. Throughout this festival flowers, and lanterns are used ad incense is burned, also, dances are performed on drums. When the festival comes to an end on the 3rd day five big bonfires are lit up in the mountains of the city(Daimoniji) and the lanterns are set free in the sky( Toro Nagashi). Each toro nagashi carries a candle which will ultimately burn out, resulting in the lantern to allow to float down the river – this tradition symbolizes that spirits will return to the spirit world.

Their ancestor’s spirit is sent to their world by following the ritual beautifully.

The Independence Day of the United States of America is celebrated on such a grand level, people from different countries specially visit on that specific day – 4th July to enjoy the special event of Independence Day. The entire country is beautifully decorated on that day with flags, banners, etc. People enjoy with their families and friends the independence of their nation as 150 million hot dogs are consumed each fourth of July.  This event is also known as the number one top drinking event of the year. Highly recommended event if you want to enjoy, eat and have a chill time.

You should not miss attending this astounding event at any cost.

Another awesome addition to your summer trip list is the La Tomatina festival, celebrated in Spain. It is not an ordinary event but, extremely different one. This festival is known as the biggest food fight in the entire world. People enjoy this festival by throwing tomatoes at each other, around 1,50,000 ripe tomatoes bombarding others adds more joy to this festival. It is a unique event, and about 17,000 tourists and 5000 local people travel to the small city of Bunol every year to experience this attractive event. How did this event start? Very few people know the story behind this event, it is believed that youngsters launched the tomatoes to the Typical Valencia giant figures in a parade, which gleamed the street food – brawl in 1945. After the event is ended firefighters wash the streets, and shockingly, the acidity of the tomatoes plays the role of a disinfectant and leaves the streets fresh and clean.

The FIFA world cup is the most hyped event all football lovers make sure to be present there. This football match is held after every four years, and people are mad to attend the same. Around 3.5 billion people watched the match back in 2014 and made it the most viewed sporting event in history. Have you also become excited?

This event is also one of the top events on your list to explore. The ambiance of the match is always very cheerful and energetic at the same time. do not miss the chance to gaze at the remarkable football players.

Duanwu festival is celebrated in China (9 June) every year. It is said that during the summer solstice – the sun is at its strongest. The sun just like the Chinese dragon represents masculine energy, and it is believed that this time of the year is at the peak of the male energy.

It is celebrated with the dragon boat race and represents the dragon and the active energy connected by racing. The boats are generally 20 – 30 meters long, and more than 30 people are required to row the boat. People believe that the particular team winning the race has good luck in the next year.

This festival of the pinnacle of summer was once to honor John the Baptist and the demonstration of purging individuals with water. Today, it is commended with water battles and swimming. Young ladies will likewise wear wreaths of blossoms on their heads during the day, and set them above water in the evening. If a young lady’s wreath ventures a significant distance, it is said she will be cheerful in the coming year. On the off chance that it sinks, it is supposed to be an indication of the finish of affection and no marriage in the year. Huge fires are another piece of Kupala Day. The flames are an indication of sanitization, as they consume off misfortune. The individuals who bounce the most noteworthy over the fire are supposed to be the most joyful that year.

I  hope these summertime events were fun to read. They must have given you chills down your spine as most people are unaware of all these wonderful festivals during summer happening around the world. This guide would be a great source to increase your knowledge about which festivals are celebrated in the summer season? famous Japanese summer festival, biggest summer festivals around the world, and Paraguay holidays and traditions.