Home » 10 MOST FAMOUS LANDMARKS IN RUSSIA

10 MOST FAMOUS LANDMARKS IN RUSSIA

As the largest country in the world, Russia is not only blessed with beautiful cultures but has notable and very attractive landmarks that every adventurous tourist would love to visit. For this reason, millions of tourists from different parts of the world visit Russia just to catch a glimpse of these beautiful landmarks. 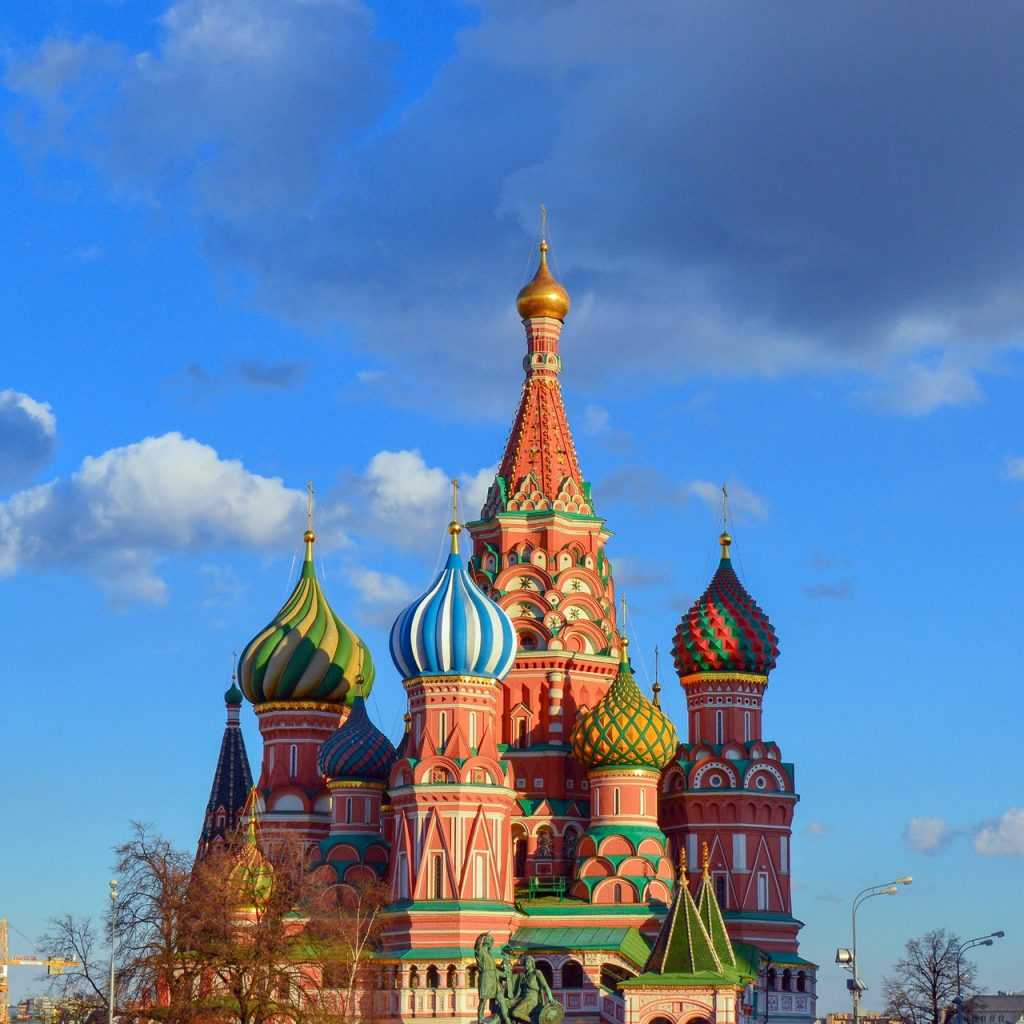 For a better understanding, landmarks are locations that have historical importance or either a natural or man-made object that helps you identify a location or the boundary of the place.
Thus, if you are a lover of tours and adventure, this article contains information that will enable you to make an informed decision on whether or not to consider paying a visit to Russia as it will identify the 10 most famous landmarks in Russia.

The best landmark in Russia you must visit

Next on the list is the Winter Palace which houses the hermitage museum which was built by Peter the Great though the currently existing palace is not the one originally built by Peter. The palace has a dark history as a bloody Sunday Massacre took place there in the year 1905.

On the other hand, the renowned Hermitage museum which was founded in 1764, is a masterpiece that houses millions of artworks. It is one of the most visited, second largest, and most beautiful architectural landmarks in the world. 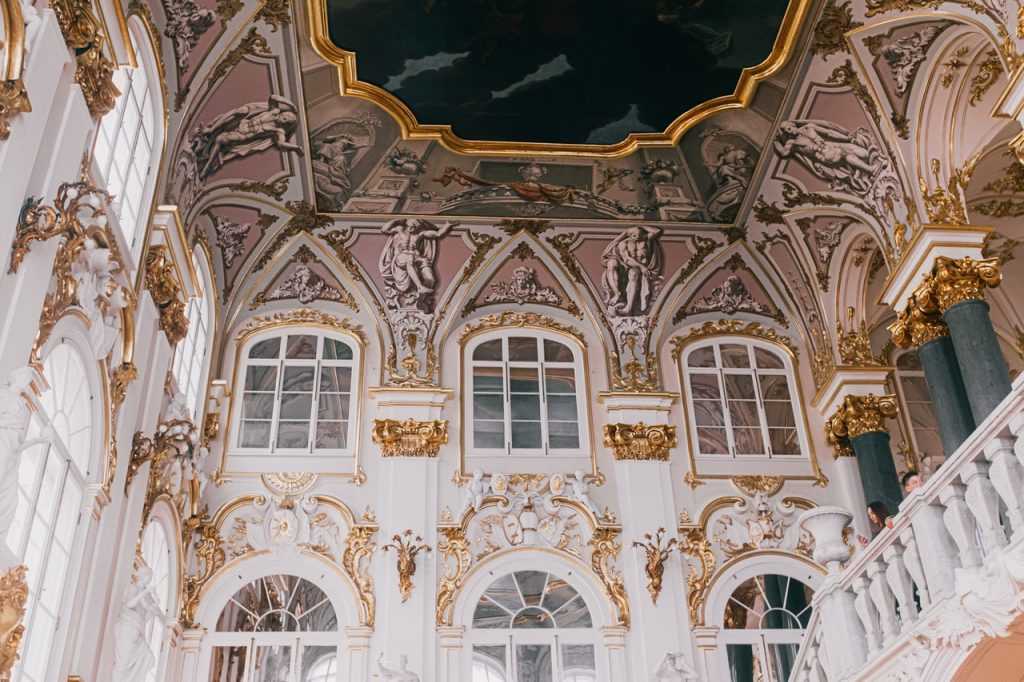 This is one of the renowned Russian landmarks located in Red square. It is a very sophisticated and beautiful structure with a sad story which has it that  Czar Ivan the Terrible who got stunned with the beauty of the structure instructed the architect’s eyes to be cut out so he could not create such a beautiful piece ever again.  The balcony offers visitors the opportunity to get a perfect view of the Moskva River

This landmark was named after the wife of Peter the Great and before it was lost to the war and rebuilt afterward, it was among the 8 wonders of the world. 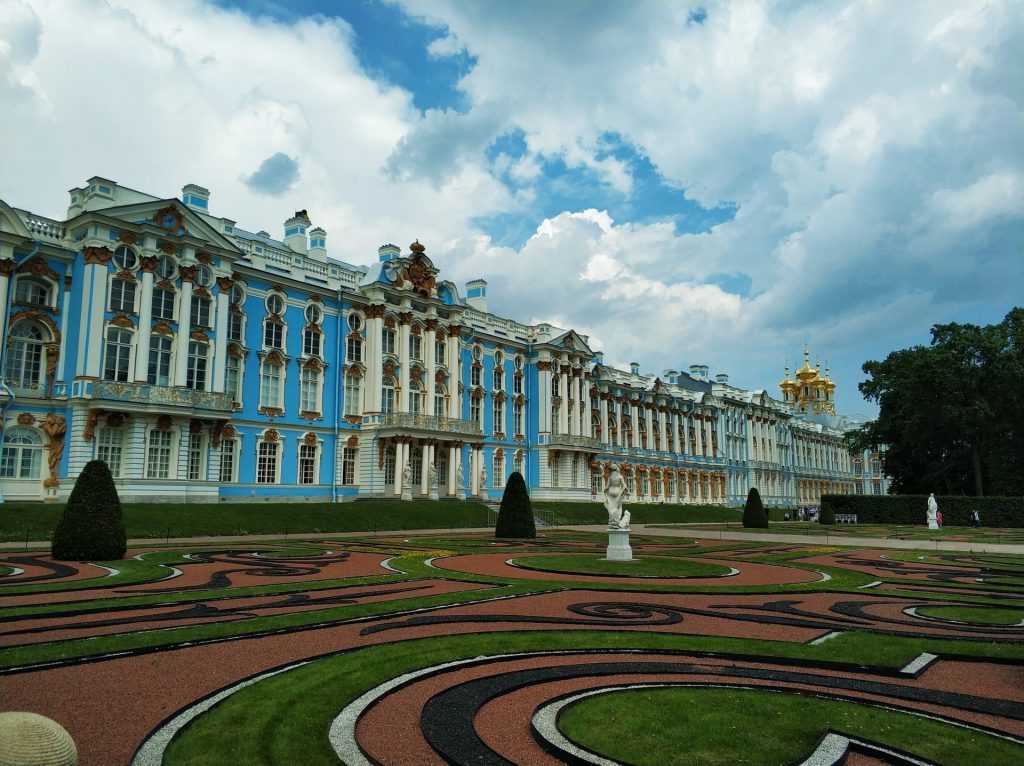 This landmark is located in Lake Orega with many wooden churches in it , but over time only two churches were left, of which the transfiguration church became the spotlight for tourists to date.

Others on the list of 10 most famous landmarks in Russia are:

The Bolshoi Theatre is a stunning example of Neoclassical architecture in Moscow. The theatre was first built in 1821 and in 1825 a new version was built. It is famous for its performances from the elite Bolshoi Ballet group.

Initially, the theatre only hosted Russian opera and ballet, but later on artists from all around the world were welcomed to perform.

Whether you have tickets to a performance or not, it is a beautiful place to visit to have beautiful photoshoots especially in the evenings when the whole place is  lit up. 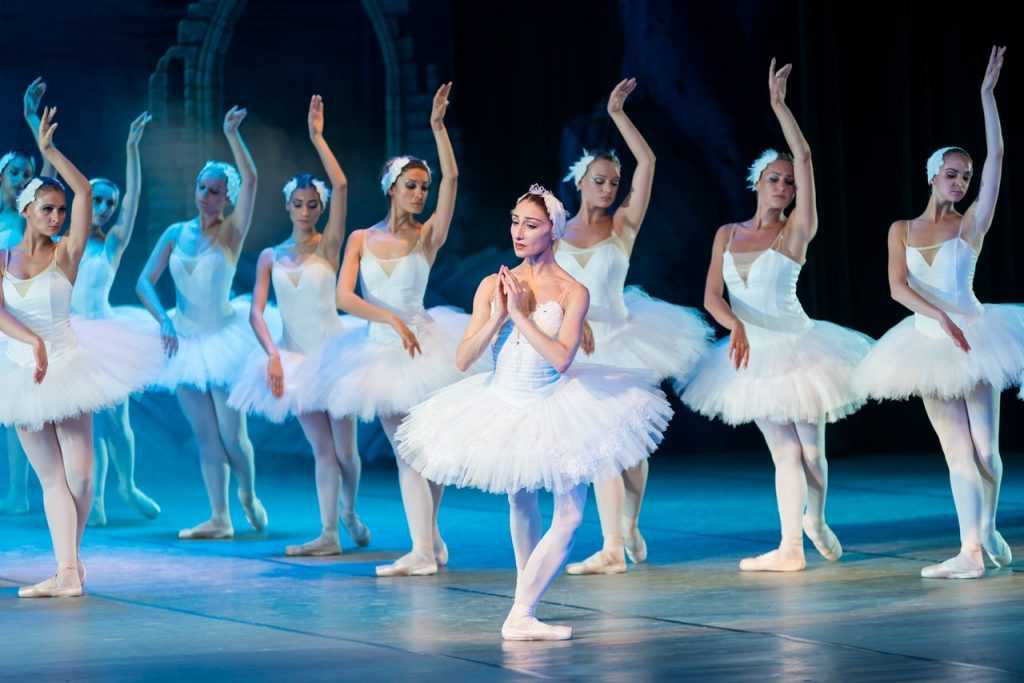 This is one of the weirdest landmarks in Russia.

It showcases the body of ex-Soviet leader, Lenin. The tomb which is located on the Red Square is inside a pyramid-like structure. It is done in such a way that as you move through the dark mausoleum, Lenin’s body is illuminated in the centre. As a result of the placement, tourists are not allowed to take photographs. This landmark can only be appreciated by lovers of dark tourism.

THE PETERHOF PALACEThis landmark is located in the heart of St. Petersburg by the order of Peter I in 1721. This captivating masterpiece is now a historical museum full of structures made of red wooden floors and fine gold.

The Peterhof Palace is a magnificent palace and museum in Saint Petersburg. The palace is stunning, covered in gold statues that stretch down to the front of the gardens. The interior is also regal, and you. The grand palace is incredibly lavish. Indeed, craftsmanship at its finest!

Your Russian tour isn’t complete if you fail to check out this landmark.

THE KREMLIN AND RED SQUARE

The first on the list of the 10 most famous landmarks in Russia is the famous Kremlin. It is one of the most beautiful landmarks in Russia which is located in the center of Moscow’s complex. The iconic landmark is known to be a place where Russian leaders meet for official business.

The Kremlin is such a serene location with gardens that are beautifully decorated with colorful flowers, often very accessible to tourists. This landmark is situated along with Buckingham Palace and the white house. You wouldn’t want to miss taking a walk and beautiful pictures in the Kremlin and its popular Red square, on your next visit to Russia

Mayakovskaya is one of the most beautiful underground stations in the world. This landmark was initially used as secret task tunnels by Soviet leaders. But now, it is basically used to travel around the city. Another captivating thing about this station is that it also acts as a free mobile art gallery as you move from place to place.

DREAM ISLANDJust like the name implies, Dream Island might just be a perfect place to hang around in a serene park to think out ideas that will enable you to bring your dreams to reality. This Russia’s new tourist attraction is Europe’s largest indoor amusement park with nine themed areas having a blend of traditional Russian fairy tales and  Western cartoons and is sure fun for the whole family.

There are currently plans to add many exciting roller coasters to the parks.

The mosque which is the biggest in Russia was named after a scholar, Kul Sharif.  The building was originally burnt down by Ivan the Terrible in 1952 but it was rebuilt in 2005 with the captivating blue and white facade which still stands to this day.

The Mosque is located in the Kazan Kremlin, a world UNESCO heritage site that houses numerous ancient books and artifacts. Despite how long it has existed, it is still used by worshippers to date. As a tourist, whether Muslim or non muslim, there is an opportunity for you to take a tour to experience the beauty of the  building’s interior as well as view the beautiful domes. The Kul-Sharif mosque can accommodate 6,000 worshippers.

When in search of natural landmarks in Russia, Kachiv falls is one of the most famous of them all.

The waterfall is well known to be over 10m high and is located on the Suna River which is surrounded by the Kivach Natural Reserve, founded in 1931.

This landmark is a perfect place to relax away from the usual Hustle and bustle of city life in order to get work ideas and inspiration. This was the case of a Russian Poet  Gavrila Derzhavin who was inspired to write some of the most famous work on his visit to the fall. This landmark is certainly a perfect location for vacations.

Are you a lover of animals? Then its landmark is a perfect place to visit in Russia. The Golden Mountains of Altai consist of nature reserves, mountains, and the Ukok Plateau. Most of the area is rarely disturbed, it is however home for many endangered mammals.

These mountains are sacred to local Buddhists. If you are not strong  enough when it comes to  burials then you might as well ignore visiting this place because several sites here used to be home to burials of ancient indigenous communities.

When in this place you must bear in mind that it is important to be respectful and appreciate the cultural significance of the area. However weird this landmark may sound, it’s definitely an adventurous place for an excursion, especially for historical lovers.

This edifice was built by Peter the Great in 1703 and ever since it has been used as a prison for political criminals. The fortress itself covers a large area and is home to various landmarks that were all iconic in the history of St Petersburg. They still hold significance to date.

Whether you choose to visit a museum here or not, the citadel is an area that is worth entering to catch a glimpse of the history that has existed for over 300 years. 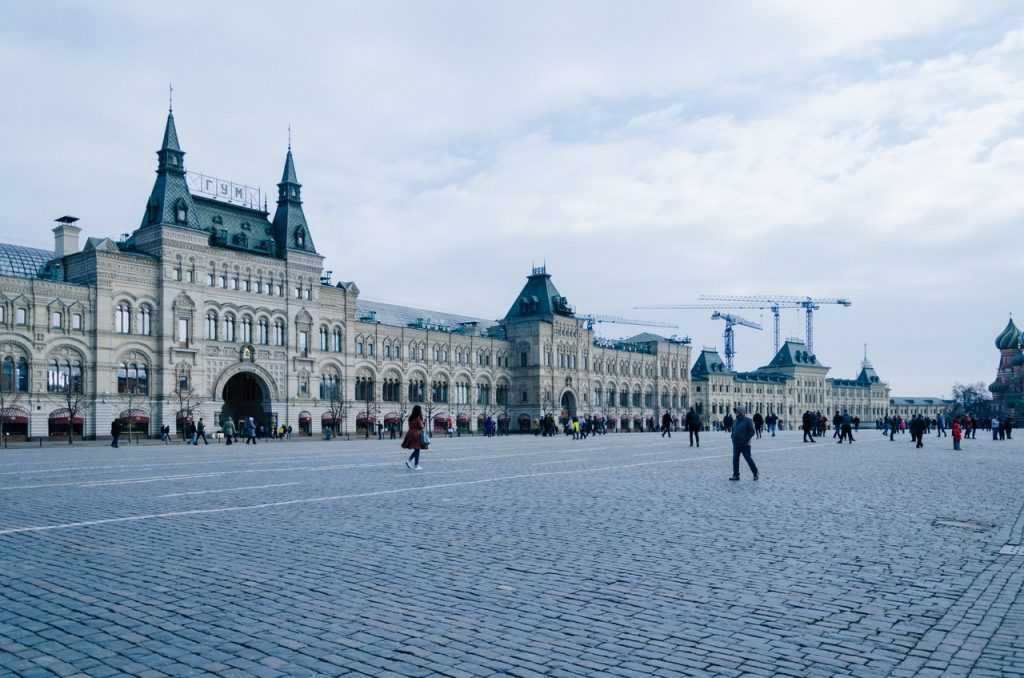 Russia is a country that is filled with numerous landmarks, most of which revolve around places of worship, Museums, theatres, and parks. The unique thing about these landmarks is that each of them has a unique history attached to it. With all the information about these famous landmarks, it is obvious that Russia is a beautiful place with a historical but yet exotic structure. This goes a long way to prove that Russia is a home for tourists and adventure lovers.

Are you still contemplating the country to spend your next vacation in? In this article lies the answer.