Home » 10 Most famous landmarks In Austria

10 Most famous landmarks In Austria

Tourists are as attracted to the breathtaking scenic beauty as they are to the spectacular cities such as the historic capital, Vienna, and the birthplace of Wolfgang Amadeus Mozart, the stunning city of Salzburg. 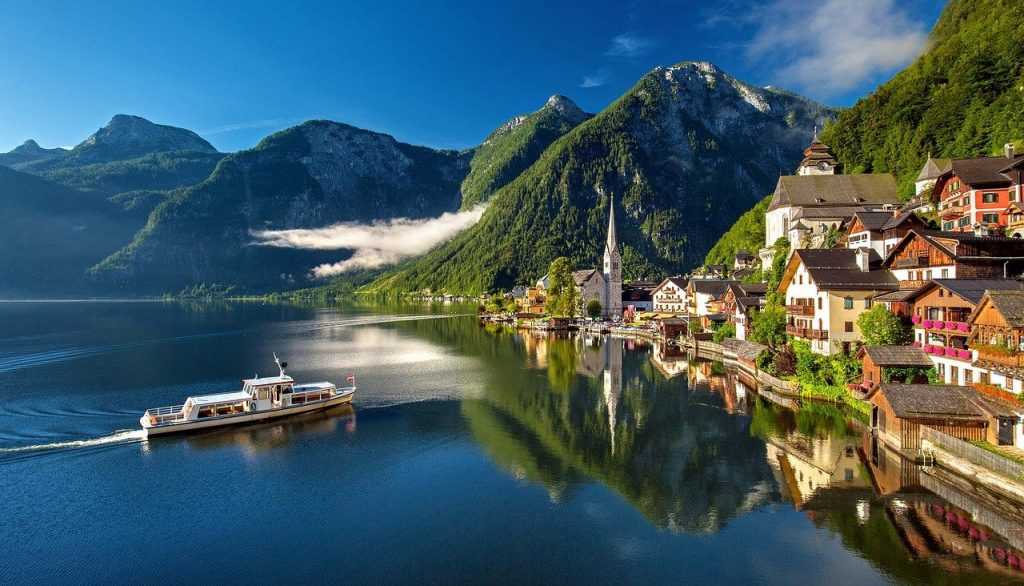 Most Visited Landmarks in Austria

Austria is one of the most known holiday destinations in Europe; that invites tourists ceaselessly in all the seasons. In fact, the winters are almost equally as busy as summers, with Europe’s best skiing in some of the glorious mountainous areas.

The magnificent Palace in Vienna is known to be the seat of the mighty Habsburgs of the Austrian monarchy for centuries. Today, the President has taken over the state businesses in some of the chambers; which were once held by Emporer Joseph II. The architectural influences such as Gothic, Renaissance, Rococo, Baroque, and Classicism, were the results of the additions and alterations of almost every Austrian monarch since 1257.

The entire Hofburg compound engages 59 acres of land and encompasses almost 19 courtyards and about 2600 rooms. The chief attractions include the Imperial Silver Collection; and the impressive assortments of dining services, which provide an idea of the opulent imperial banquets, which were once held here. The Sisi Museum highlights the life and era of Empress Elisabeth; and the palatial Imperial Apartments, a range of 19 rooms that were possessed by Emperor Franz Joseph and his beloved wife. 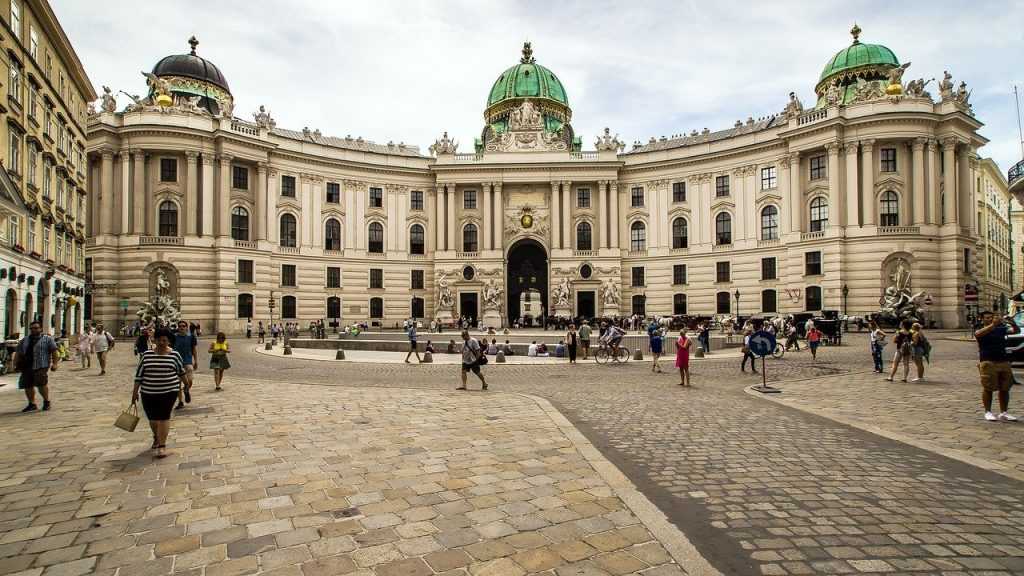 From the earliest days of Christianity, Salzburg was a spiritual base in Europe; for the residence of Prince Archbishops in the early 1100s. The Price Archbishops took the best artists and most talented architects of their age into employment; to adorn their churches, residences, and monasteries. While being updated with the medieval arts in the following centuries, the buildings combine to form an adorable site to explore. The main highlights of the visit are St. Peter’s Abbey and its church, along with the enriched cemetery and catacombs that are directly distinguishable as a shooting site of The Sound of Music. 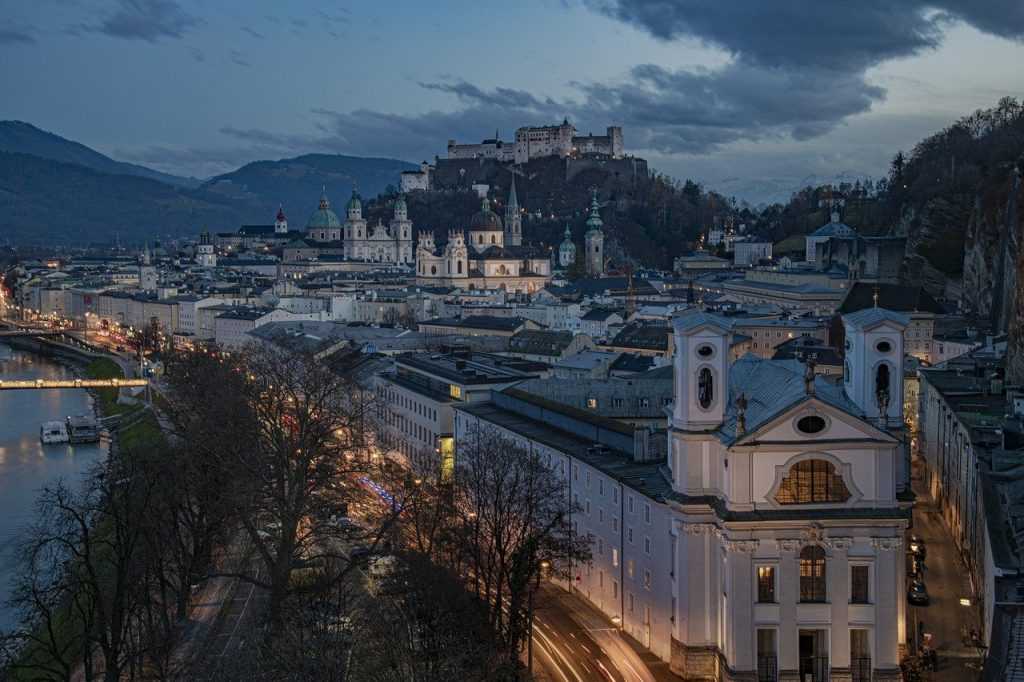 3.The Spanish Riding School in Vienna

This School precedes the era of Emperor Maximilian II. Currently, it is the only place where the ideal riding style of aristocracy is still in practice. When in Vienna, the popular equestrian displays in the Baroque Winter Riding School are a must, which used to take place in the rule of Charles IV.

The sumptuous hall that was built in 1735; was destined for the aristocrats to display their riding skills. Pre-arrange your tickets online as soon as possible for these splendorous animal performances as they are highly sought.

The Palace is located on the outskirts of Vienna. The tour includes a visit through the 40 rooms of the Palace.

Some of the main highlights of the palace are the Royal Apartments, the Great Gallery, with its embellished ceiling paintings, The Million Room, Maria Theresa’s salon, gilded and carved rosewoods panels, the hall of mirrors with gold Rococo frames.

The park and gardens at Schönbrunn stretch across more than a square kilometer, with a mix of landscapes that echo the Palace’s history.The parks and gardens of 500 acres stretch behind the Palace, styled in the 18th-century Baroque style.

Your visit to Schönbrunn ought to embody the various attractions that unfold throughout these grounds. The formal gardens; a labyrinth; the Palm House, crammed with tropical, bizarre plants and butterflies; an Alpine garden with a farmhouse; Europe’s oldest zoo; and therefore the Classical Gloriette, a grand marble structure crowning a hill on top of the gardens. 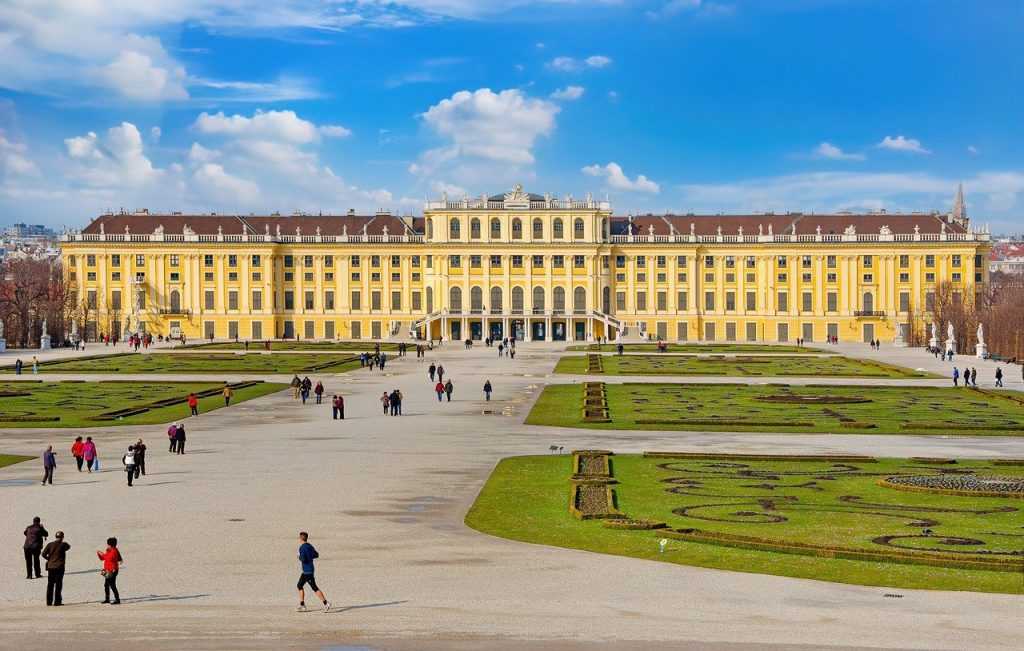 Innsbruck was the residence and the seat of the Hapsburg government, which was made by Emperor Maximilian 1, who reigned in the late 1400s and early 1500s. The Royal Apartments, the marble Giant Hall, and the painted ceilings throughout are the main highlights of a tour.

Hofkirche or Court Church is mainly known for the magnificent Tomb of Emperor Maximilian 1. The central feature of the monument, the colossal black marble casket with a bronze figure of the Emperor, is also considered the most exceptional works of the German Renaissance sculptures. Around the sarcophagus, there lie 24 marble reliefs that are designed to depict the events of the Emperor’s life. Another 28 statues of the Emperor’s ancestors and contemporaries stand out for their historical importance. You will also get to discover 23 bronze statues of the Habsburg family’s saints and 20 busts of the Roman Rulers.

Among the famous monuments in Austria, the Goldenes Dachl, or the Golden Roofs of Hapsburg Innsbruck, is known for its striking Late Gothic oriel window, roofed with gold-inlaid tiles and museum of Innsbruck history till date. 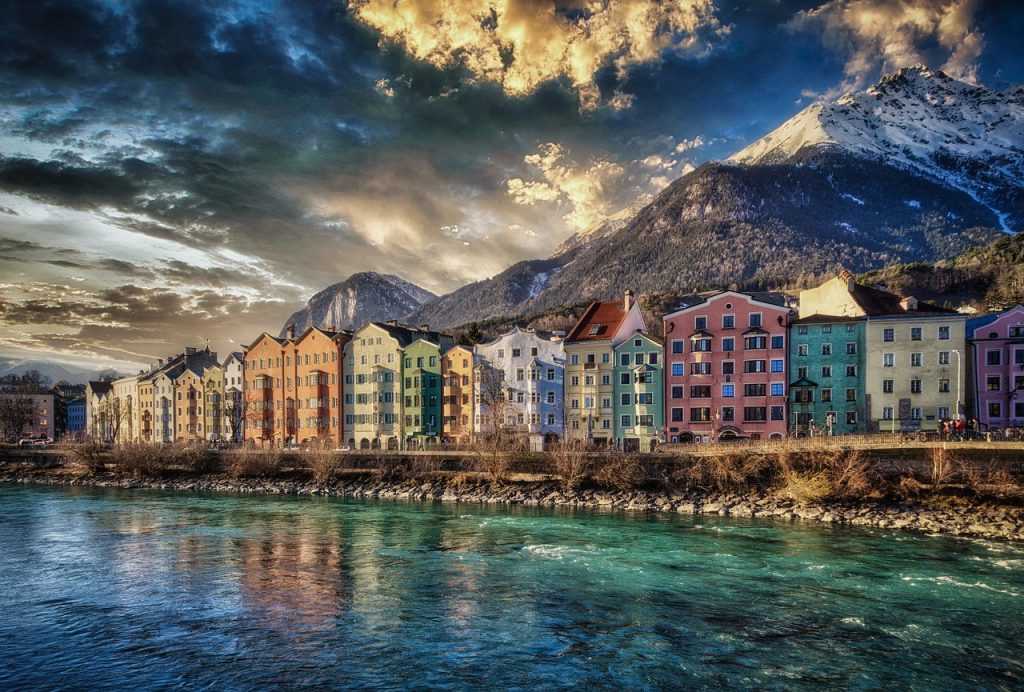 Among the monastic sites of the world, The Melk Abbey stands out for its glorious buildings that stretch around the seven courtyards. The western end and its twin-towered church that rises on the top of a semicircular terrace is the most prominent part of this 325-meter-long complex. The Abbey is perched on the rocky outcrop above the town of Melk, which gives several reasons to spend long hours touring it. It includes the Tomb of Saint Coloman of Stockerau, the remains of Austria’s first ruling family, the House of Babenberg; the astonishing 196-meter-long Imperial Corridor with the eye-catching portraits of Austria’s rulers, and the Imperial Rooms with their displays relating to Abbey’s history, along with statues and paintings. 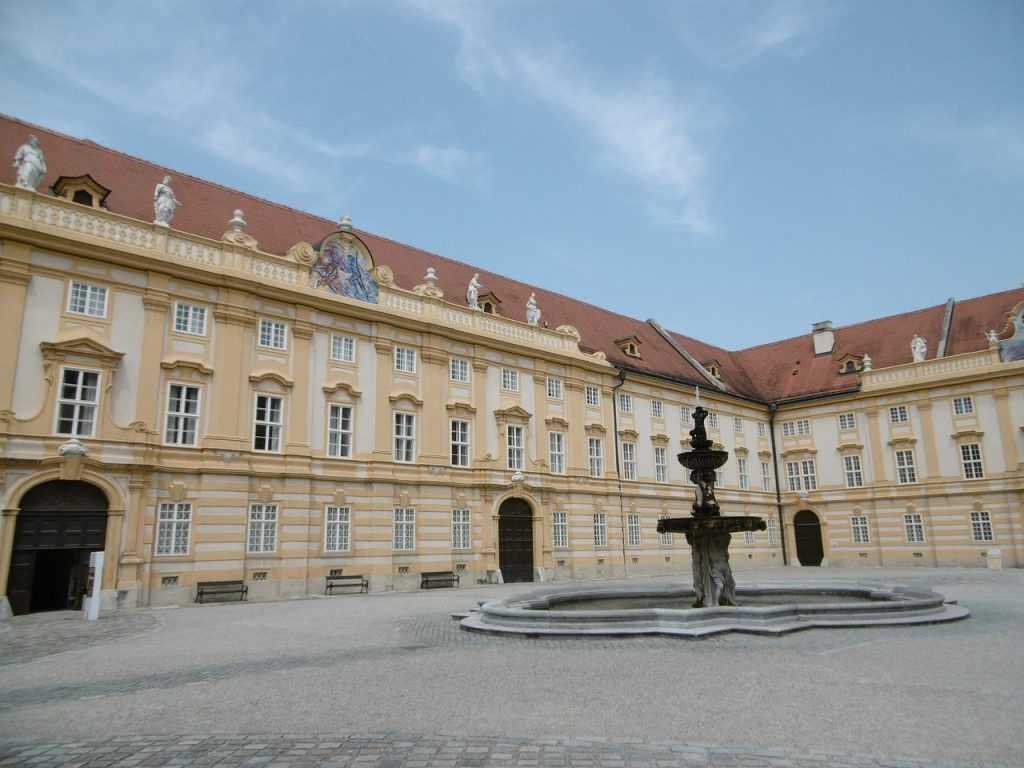 7.Hallstatt and the Dachstein Salzkammergut

Hallstatt is a small town with beautiful views located between Graz and Salzburg in the Salzkammergut Lake District of Austria. Considered to be amongst one of the oldest still colonized settlements in Europe, It is a UNESCO heritage site and a crucial Austrian traveler attraction. Hallstatt, doubtless one amongst the picturesque little cities in the European country, Austria. It could be a nice place to start exploring the spectacular Dachstein Salzkammergut region, a UNESCO World Heritage site. The attractive Baroque design testifies to Hallstatt’s wealth, which relies on its long history of salt production from prehistoric times.

You can visit the underground salt lake within the close Hörnerwerk cavern or explore the Dachstein Caves, one amongst Europe’s most spectacular cavern networks, which are, in places, up to 1,174 meters deep.

Embrace the Giant Ice Cave, with its sub-zero summer temperatures and large caverns with brilliant frozen waterfalls, and the Mammoth Cave, with its gigantic pipe-shaped galleries fashioned by the ancient underground watercourse. On top of the ground, guests will lay their eyes upon the marvelous five Fingers viewing platform, a remarkable metal structure hanging over a 400-meter sheer drop with glorious views of the encircling Alps. 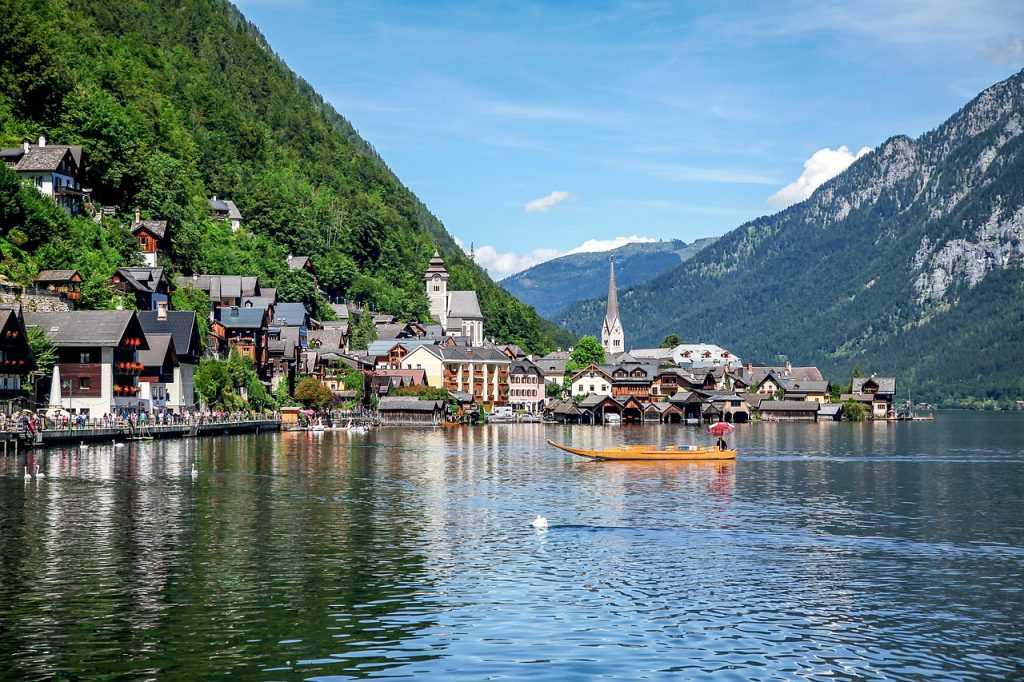 Hallstatt and the Dachstein Salzkammergut

8.Skiing at Kitzbühel and Kitzbüheler Horn

The best place to ski in Austria is the famed resort town of Kitzbuhel which attracts snow lovers towards its 170 kilometers of skiable pistes and slopes. The slopes are dotted with mini huts to aid them for stops to relish some traditional Alpine snacks and warm drinks. The 1,998-meter Kitzbüheler Horn would be delightful for the skiers within the winter and could be a favorite destination for mountain hikers within the summer. Additionally, you’ll be able to reach the summit via the Pletzeralm. 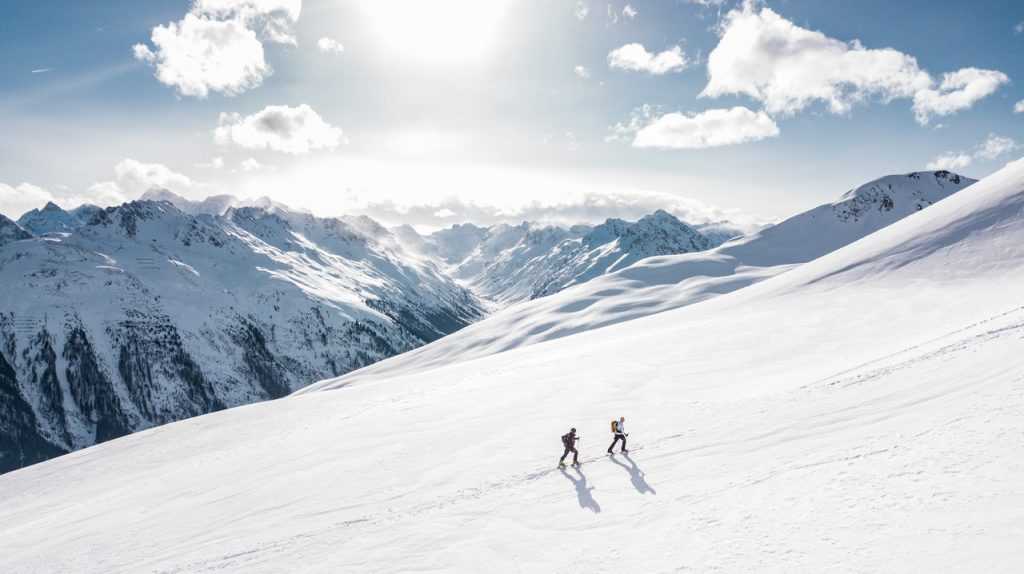 The Top 10 Views of Mount Everest

Another famous landmark in Vienna and the most-visited monuments in Austria is the Belvedere Palace. It should definitely be included in your Vienna travel itineraries.

The most important historic sites in Austria that split into two sections: The Oberes and the Unteres Palaces known as the Upper and Lower Palaces.

If you are running out of time, take your adventure to the Upper Palace. There you will discover majestic art collections. You’ll also have an ideal view of the stirring architectural gems preserved there. The highlights are- Sala Terrena, the Main Hall, marked for its statues and stucco rounded ceiling; the Carlone Hall, with its ceiling fresco; the Marble Hall, with its several awe-inspiring sculptures and skillful paintings; and the spectacular Ceremonial stairway.

The Lower Palace is in no way any less beautiful. Highlights embrace the Marble Gallery, with its assortment of statues; the Grotesque Hall, with its varied fine wall paintings; and a second Marble Hall, this one is illustrious for its spellbinding ceiling fresco. 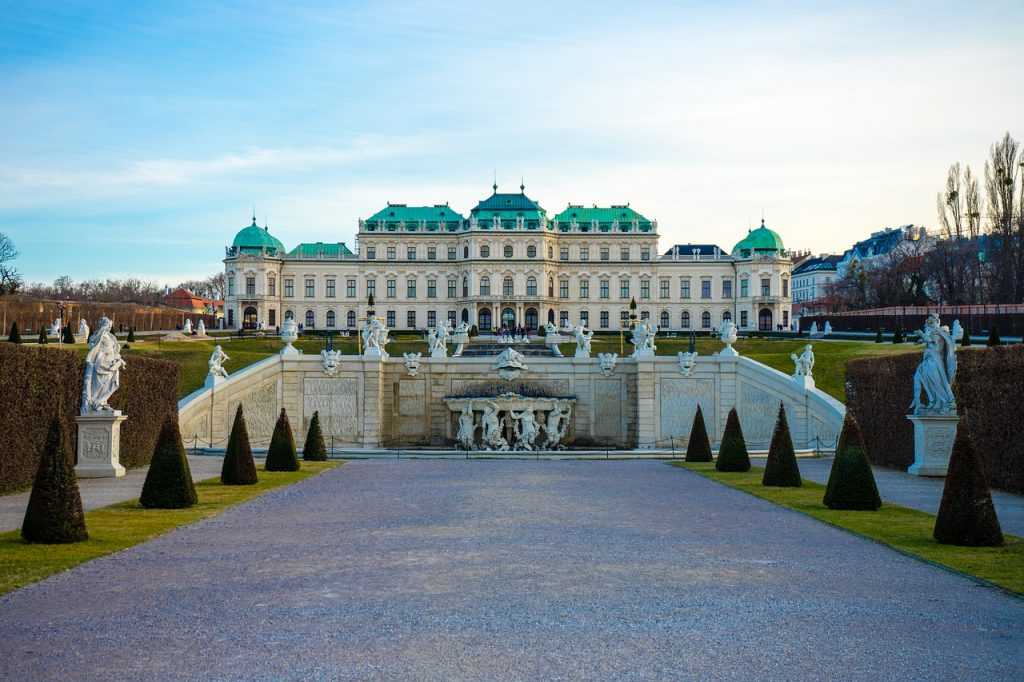 The Krimmler Ache plunges 380 meters in 3 tremendous cascades and makes for a wonderful excursion from the close village of Krimml. At an altitude of 1076 meters, Krimml-perched higher than the Salzachtal in a wooded valley-is a beautiful place to halt for as many days as you want if you are into hiking. Additionally, to varied glorious walks to the waterfalls, there is a thrilling climb to the Schettbrücke and continued to the bewitching Krimmler Tauernhaus. From here, knowledgeable climbers will tackle the 2,911-meter-high Glockenkarkopf on the Italian frontier.

Make memories in Austria, a country filled with architectural Marvel’s.

The impressive towers of the castles, the beautiful city of Vienna with breathtaking architecture at every corner.

The Austrian landmarks cast a spell on everyone. When in Austria, stroll through the historic old towns, pay visits to the magnificent churches, famous buildings, and enchanting castles to make your journey last in your memories forever. 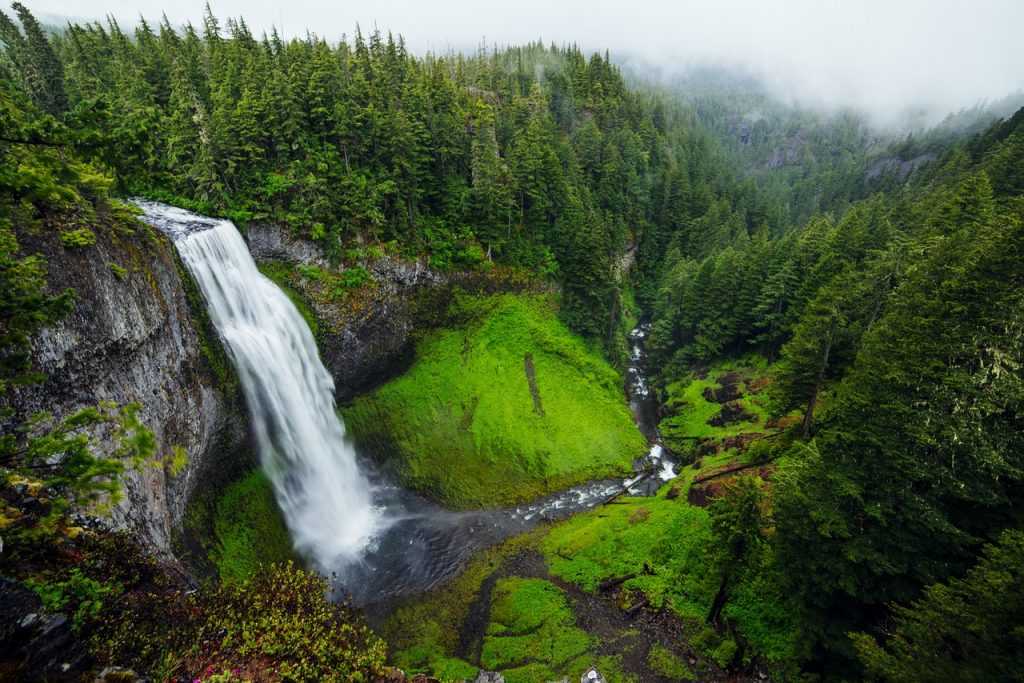